Just a little bragging about son Seth (18).  He is currently attending Boston University's Center for Digital Imaging and Arts in Waltham, MA, enrolled in the professional school of photography.  He called yesterday to tell me that one of his portraits was selected as one of the "Daily Dozen" on December 22, 2009 for National Geographic Magazine. Feel free to visit the site and give his photo high credits!  Here is the link: http://ngm.nationalgeographic.com/myshot/gallery/36511#/gallery/695906/
at December 23, 2009 2 comments:

Hi Everyone and Merry Christmas,

I intended to get this letter out as soon as Seth, our resident photographer, got home from school. But the big snowstorm of 2009 put a dent in those plans, leaving him still waiting for three whole days to catch his flight. Hence, a letter filled with pictures found in the dark recesses of my computer files. 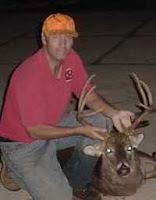 Gary is still the facilities manager at New Covenant Schools, responsible for the entire property inside and out. And yes, he has to make the grass grow on the soccer and lacrosse fields. He does a great job! Gary has some flexibility time-wise and has been able to hunt a lot more this year. Our freezer is getting full of venison for the coming year. A couple more deer should do it.

I am teaching on-line high school for Liberty University in addition to creating on-line education for perfusionists. Along with two friends, we set a woman’s record on the South Beyond 6000 in North Caroline, summiting forty peaks over 6000’ after connecting them all (in five different mountain ranges) on foot: about 280 miles. A third of them had no trails so it made for some interesting bushwacking. We did it in six days, thirteen hours, and thirty-one minutes. I love to do motivational and inspirational speaking and am looking for a publisher for book number three, a 366-day devotional.

Caleb (22) had moved to Columbus, OH to job seek last January but returned home in July when the job market failed to support him. He has been signed, sealed, and awaiting delivery to the US Navy. He is going into the Nuclear Engineering program. It’s a great deal since the Navy will train him in a growing field, pay a big bonus, and pay off his school loans. Additionally, he will be able to complete his degree on the military’s ticket. He leaves for basic in May and will then go to Charleston for school for a couple years. In the meantime, Caleb is working at the school as a janitor and groundskeeper.

Seth (18) is attending Boston University’s Center for Digital Imaging and Arts in MA. His focus (no pun intended) is professional photography. The program is just nine months but is 24/7 photography…no English or history, or math required! Seth is really enjoying the program and is honing his craft. They are also taught the business of photography which should help him establish his own studio after school.

With a near-empty house, we have plenty of room to entertain guests. Please come and pay us a visit. That includes any of you runners who need a place to crash on race weekends!

Merry Christmas and may your walk with the Lord be oh-so sweet this coming year! 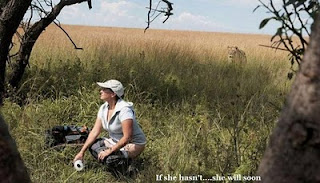 Ever feel like the runner in the picture? You are just doing what comes naturally. The world is good. No worries. Just a brief moment of rest and relief. If she only knew what was about to happen. . .

Do we know what is going to happen tomorrow or the next day, next week or next year? Of course not. And it's probably a good thing. God may have ordained circumstances that would terrify us.

But we dare not live in fear. God never gives us anything that He has not given us the power to overcome. Whether it be strained relationships, financial difficulties, tasks that occupy our every waking hour, children, parents, or injury and illness, God give us what we need when we need it. Worrying about those things is of little benefit for it is counterproductive. Embracing the difficulty, however, by trusting in the tight embrace of the Father on your life will see you through.

When Paul was writing to the Corinthians he must have been feeling the same thing. In fact, he said that "we groan and are burdened" in this life.  But--and this is a big but-- "it is God who has made us for this very purpose and has given us the Spirit as a deposit, guaranteeing what is to come." Knowing this should dramatically effect the way we live. The Apostle says it best:

"We live by faith, not by sight. . .So we make it our goal to please him, whether we are at home in the body or away from it. For we must all appear before the judgment seat of Christ, that each one may receive what is due him for the things done while in the body, whether good or bad." (2 Cor. 5:7-10)

I heard the sound switch from the scuffle of gravel to the crunch of leaves. My confused mind sent a signal to open my eyes. Good thing. My mindless weaving had nearly cost me a trip down the steep embankment. But in some curious way, it wouldn’t have mattered. Once I landed I could have dozed. Sweet contentment even if it was near single digit temperatures.

Sleep running is not a new phenomenon to me. In fact, I find myself in that mode quite often. Eat. Drink. Talk out loud. Sing. Falalalala. Take a caffeine tab. I do all the right things but sometimes it is miles before I wake up. When I do, all is well. But when my mind is hazy and my body fighting forward motion, it is, well. . . hell.

This was my seventh Hellgate 100K. I miserably failed one year but was attempting to complete my sixth wicked race. After a year of heavy-duty volunteering at the other five Beast series races, I could not resist the call of this course. There really is no explaining it. It is cold, dark, wet, starts at midnight, and requires forward progress up and down those mountains for about sixty-seven miles. Why? Just don’t go there. Unless you’ve done it, I can’t really say.

Usually I do this race without a crew but this year was an exception. My oldest son, Caleb, and three of my “posse” (friends from Horton’s running class) joined me. I didn’t have to worry about filling my pack at aid stations. They had everything I needed. But at about 4:30 a.m. I was thinking I had something to give them: my concession and retirement speech.

I was sure I was behind the cutoffs with all my sleep walking. I had my words planned out. I didn’t want to disappoint them but maybe they could learn a lesson about a gracious failure. But it wasn’t to be. I still had plenty of time the next time I saw them…and the next. . .and the next. . .all the way to the finish.

Was it always pretty? Probably not. My legs actually never failed me so I just kept chugging along. I was afraid to push my pace. I figured a slow pace was better than running out of pace. I bonked. I recovered. I wondered why I was there; training and racing had fallen out of my favor from time to time. This was going to be my swan-song. It would be all right. I could still help with races and work with young, aspiring ultra-wannabes. Settled. I finished before dark and headed to the showers, sure this was the last of it.

And then I went home, got some sleep, and woke to a new day. I have more Hellgate finishes than any other woman. I like that. I want to keep it that way. So, maybe just one more year. . .
at December 14, 2009 10 comments:

I have been privileged to speak to several groups in the last couple of weeks. The purpose was to encourage and motivate these athletes, my topic being "Ordinary to Extraordinary: The Road Best Traveled."


On Saturday, I was invited to speak to Liberty University's Woman's basketball team, Big South Champions ten years and running. I spoke to them for about thirty-five minutes, had lunch with them and then took my seat with them on the bench as "honorary coach" (their term-not mine!) during the game. It was great!  But I wish I had a picture. . .I would be the very short one in the middle!

I encourage you to share your love of athletics and look for ways to impact young athletes. There is a good chance you will be encouraged more than them!
at December 07, 2009 4 comments:

Keep on keeping on

The night surrounded me, the black inkiness nearly palpable. I was chilled to the bone, trying desperately to preserve my body heat as I lay curled up in my hammock. Waves of nausea swept over me. The cacophony of jungle sounds only heightened my dread. I felt terribly alone and scared. I had come to triumphantly race through the Brazilian rain forest but now. . .was it all for naught? Would my body succumb to the stress though my mind was willing to go on?

I was in the middle of a 250-kilometer race in the Amazon jungle. International competitors had gathered to challenge the course and each other. I was racing well in this seven-day, self-sufficient race, leading all the women and the other Americans. First, that is, until severe dehydration took its toll.

The jungle takes prisoners; the oppressive heat, onerous humidity, swamps, and treacherous terrain its guards. How was I going to continue in the fight against time, the miles, and my own body? I needed a miracle.

And a miracle I got. Not the out-of-the-blue, lightening flash kind of miracle. But the kind that reveals itself step-by-step. The hardships did not disappear. I did not make an instantaneous recovery. I still struggled to keep anything in my stomach. I dared not look back for the past offered no help. I could not focus on the present for it would demoralize. Rather, I pressed on through the swamps, up the steep slopes, down into deep and muddy ravines, and along narrow ribbons of trail. The prize of a glorious ending drew me, as if on an invisible cable, to the finish.

I think of another who struggled. His prison was in Rome; his captors a government and religious system that took issue with his message. This man, an educated and respected Pharisee turned Christian, never had it easy. Beatings that left him for dead, shipwrecks, and constant pursuit from his enemies did not make for an easy life. He was never safe; always in mortal danger. Surely, had he dwelt on the past or the angst of his present, he would have surrendered.

But he did not give up. Why not? Did he wear a red cape and “S”-emblazoned suit? It’s so hard to understand how—and why—a man under such duress could continue on.

“But one thing I do: Forgetting what is behind and straining toward what is ahead, I press on toward the goal to win the prize for which God has called me heavenward in Christ Jesus” (Phil 3:13b,14, NIV) That’s what the Apostle Paul said. When he penned these words he was in a horrible predicament. He had been arrested and imprisoned. He had no freedom. He could not leave. No chains miraculously fell off or prison doors flew open. He was stuck and his immediate future not looking bright. But he continued his pursuit because he saw beyond the difficulties. He knew his calling and each breath he took drew him closer to the prize.