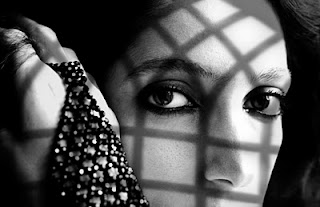 Hum. Maybe he has a point, I thought to myself. Time for a little introspection.

I know I shouldn't judge a book by its cover. Many a rich word has been written between the pages of old, crusty and dusty covers. But I do not speak of a literal book. I think you know what I mean. I see a dirty, homeless-looking guy holding a sign in the median by Wal-Mart and immediately have thoughts of drunkenness and lack of motivation. A morbidly obese overweight woman in stretch polyester pants walks by speaking harshly to a young child and I assume she's not much of a mother. Or, I see a tattooed teenage boy trying to keep his pants up and figure he has little to offer the world. Am I right or wrong thinking these thoughts?

This is not a phenomena peculiar to my generation. My parents were suspect of boys with long hair and girls wearing bell bottom pants and leather fringe back in the day. In their minds, no self-respecting Christian young person should dress that way since there was a cultural association with the Beetles, revolution, drugs, alcohol, and free love. Was there an element of truth in their thinking? Perhaps. The masses do have a tendency to mimic the characteristics of whatever-or whoever-they fancy themselves to be. But even if the outward appearance of being a radical hippie was there, was that reason enough to hold those people at bay?

We have a son who walks to his own beat. He has pierced ears and doesn't own any real trousers, opting instead for pencil thin jeans. He is a creative, right-brained photographer who expresses himself through his work and appearance. And, he seems to attract more of the same. Recently, a girl showed up at our house with hot pink hair and a loud, interesting dress and sweater, her well-endowed features spilling out over the top. I have to be honest. It was hard not to make an instant judgment. I made it a point to speak to her, howbeit not for long since she and Seth were watching a movie. She seemed like a nice girl and had to have something on the ball; she had just turned 17, graduated early from high school and was taking college classes. Still, it was hard not to make judgments. I wish it were not so.

James strongly warned about giving preference based on outward appearance. Review it with me (James 2: 1-13) but be prepared. These are powerful words.


My brothers and sisters, believers in our glorious Lord Jesus Christ must not show favoritism.  Suppose a man comes into your meeting wearing a gold ring and fine clothes, and a poor man in filthy old clothes also comes in. If you show special attention to the man wearing fine clothes and say, "Here’s a good seat for you,” but say to the poor man, “You stand there” or “Sit on the floor by my feet,” have you not discriminated among yourselves and become judges with evil thoughts?
Listen, my dear brothers and sisters: Has not God chosen those who are poor in the eyes of the world to be rich in faith and to inherit the kingdom he promised those who love him?  But you have dishonored the poor. Is it not the rich who are exploiting you? Are they not the ones who are dragging you into court?  Are they not the ones who are blaspheming the noble name of him to whom you belong?
If you really keep the royal law found in Scripture, “Love your neighbor as yourself,” you are doing right. But if you show favoritism, you sin and are convicted by the law as lawbreakers. For whoever keeps the whole law and yet stumbles at just one point is guilty of breaking all of it. For he who said, “You shall not commit adultery,” also said, “You shall not murder.” If you do not commit adultery but do commit murder, you have become a lawbreaker.
Speak and act as those who are going to be judged by the law that gives freedom, because judgment without mercy will be shown to anyone who has not been merciful. Mercy triumphs over judgment.
Goodness. Mercy triumphs over judgment. That is an incredible truth that is so easy to say and so hard to do. Is it possible that this girl's outward appearance indicates a set of values not consistent with holy living? Maybe. Maybe not. But does it relieve me of the responsibility to interact with grace and mercy, showing her God's love through my words and actions? No. Absolutely not.
God help me.
at November 23, 2010

As I sit here and read your post, I am very quickly reminded of my shortcomings and particularly in this area. As the economy continues to deteriorate, we all are seeing more and more people standing on street corners holding up a sign. Many times they have their kids with them. It seems 99% of those are smoking a cigarette. I have a problem with that. How can it be you are asking for help to buy food, but you can spend the money for whatever price a pack of cigarettes costs. I have no idea, but I know it is not cheap.

I like you have turned my head the other way as I pass the person(s) on the corner. I see a lazy person standing there. One who has no get up and go. Many times they have trouble walking because they are so overweight.

I will tell you a little story that happened just last night. Tammy and I were running last night the little 5k course for our Turkey Trot in Johnson City. As we were driving to the parking lot we passed a couple who were walking. Tammy said maybe they are walking the race course. I said there is no way. The man is just way too big. We got out of our car and then started running toward them. We all spoke as we passed, but then the man said something like I hope you all have a wonderful Thanksgiving. He also said I am out here trying to help get some of this weight off. I assumed he was walking home (as this is housing project area) from McDonalds or Dairy Queen. Knock upside the head!

Appearances and our own prejudices make us our own worse enemies in this regard. We are never relieved of our responsibility to interact with grace and mercy. God will help you this week and God will help me. With his help, we will take small steps in the right direction.

Thanks for sharing that story. This kind of thing happens to me all too often! There is a fine line between being cautious in some potentially dangerous or harmful circumstances and using the unfamiliar as an excuse not to interact.

Because we are human and we certainly have our shortcomings. All good things in life are not easy. Easy things are not very special. Being a Christian is not easy, but it is oh so special. In a few weeks we are running Hellgate. If it were not so horribly difficult, would it be so special? I don't think so.