"I came to realize that I wasn't very good at team sports. Look at me. I'm too small for football or basketball. But I found out that I am really good at suffering. . ."

Those were the words Scotty Curlee delivered to the Liberty Christian Academy track team last week. Every kid in the room was captivated with this professional cyclist and pharmaceutical rep turned actor and movie director. (The Potential Inside)  He continued. "I was the guy who could hold the heart rate and crank it up Apple Orchard Mountain despite the pain, the rain, the cold. . . to race at the Olympic and world-class level, you must choose to sacrifice much. You must choose to suffer."


Rick Gray, an experienced and effervescent ultrarunner, chose to suffer last Saturday. With a goal of sub-20 hours for the miles of the Umstead 100 Miler, he took step after relentless step. But somewhere between the start line and the finish, his stomach turned south, enduring retching and heaving, the kind that reduces a person to mush. The last 25-30 miles was filled with suffering and slow, agonizing progress. And yet, he endured to the end despite missing his target time. He, too, chose to suffer.

Great feats of physical accomplishments provide stellar examples of persevering through adversity. Such stories inspire and motivate. I find that I tend to make new commitments and establish lofty goals in the aftermath of hearing such tales. I make a mental decision to endure and become a disciplined woman because of the pursuit. But alas, I fail more times than not.

Suffering is hard. So very hard. All the prior mental decisions vanish as the lactic acid accumulates, the legs begin to fail, and the lungs cry out for mercy. Being in the think of it distorts the goal. The finish line is lost in the distance, obscured by the rainstorm of pain and agony. It is only the athlete who completely and certifiably understands the significance of the finish that attains the prize of accomplishment.

There is another grand example of suffering. Suffering that surpasses all suffering. No athlete and his endeavors comes close. For this suffering was endured because of the greatest commitment of all. This one suffered because of a conscious decision to those who had no power to endure. In fact, they had no power on their own to even enter the game. They were lost without hope. 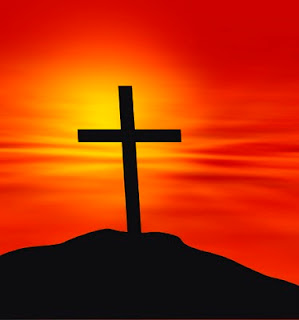 This greatest sufferer  "was despised and rejected by mankind, a man of suffering, and familiar with pain. Like one from whom people hide their faces he was despised, and we held him in low esteem. Surely he took up our pain and bore our suffering, yet we considered him punished by God, stricken by him, and afflicted. But he was pierced for our transgressions, he was crushed for our iniquities; the punishment that brought us peace was on him, and by his wounds we are healed. Yet it was the LORD’s will to crush him and cause him to suffer, and though the LORD makes his life an offering for sin, he will see his offspring and prolong his days,   and the will of the LORD will prosper in his hand" (Isaiah 53:3-10)
Suffering can only be endured when the goal is compelling and clear. And should we persevere, the reward is great; we will see the light and be satisfied (Isaiah 53:11).

First of all, let me say thank you for such a great post. I think it was David Horton who said that “Pain is inevitable, but suffering is optional”. Well, that fits here. Suffering continues on as the pain increases. An athlete can push through some pain and with proper conditioning can push a little harder. I know we have all pushed into the pain cave, but how far did we really go into the suffering cave. When Christ was praying to God for deliverance from what was going to be taking place, he knew the pain that he in his human form were going to endure. He knew the suffering he was going to endure. He also knew that suffering was not optional. It was required in order for us to have a chance for everlasting life. In Christ’s eyes, his suffering was not optional. His goal was compelling and clear.

Yes, it was clear and compelling and not at all optional given his great love for us.

I think the hardest thing must have been when his very own Father turned his back, turned the sky black, and watched as his Son's appointment with death was carried out. But thank God that death's sting could only last so long as the grave could hold him.

Great post Rebekah. I often distinctly consider Christ's suffering in my darkest moments and I ALWAYS find strength in His sacrifice for each one of us. I'm sure this will be in my forebrain in four short weeks as I stare north from Springer Mtn with much trepidation for what's to come. I know I will take comfort in knowing that no suffering we can face on this side of eternity can compare to that which Christ bore for our iniquities.

Well said, Adam. But I do sort of envy the chance you will have to learn a deeper meaning of suffering and perseverance out there on 2400 + miles of trail.

Well . . . just make sure you come out and I'll share all the suffering with you that you might want!

You got it. Assuming I'm in town when you are in the area, I'll be there. And, my house is open to you whenever you need it.