Into the promised land

It seemed like forever ago. It was an odd feeling. For years, I've felt like I was beating my head against the proverbial wall. Try as I might, I was reduced to a slogger. (Interpretation: slow jogger) The bounce was gone. The joy a distant memory. I loathed the idea of competing because I wasn't any good at it anymore. Yes, I was older. Much older. I'm supposed to get slower. But still. . . Each time I stepped to the line, I simply wished for the finish; the between time merely action out of obligation. I tried to will up excitement for entering the fray but could not. But now. . .it was another story. I smiled.

The Friday night before the Promise Land 50K is like a camp-out on steroids. Two-hundred or so of my fellow runners set up camp in the freshly mowed field in the shadow of the mountains through which we would run. People mill around, shoveling pizza and treats into their face, the calories welcomed in light of the Saturday's challenge. I was part of it this year. Not as a race helper but as a participant; a willing one at that. As dusk hinted at the coming night, I quietly slipped off to my Jeep and crawled into my sleeping bag. It was strange to again be corralling my thoughts into race mode rather than dreading the starter's gun. With distant laughter and the crackling bonfire merging into the night air, I closed my eyes and awaited my time to run. I smiled.

I was determined to do my best. My training over the last few months was much more consistent than previously. Long runs no longer crippled me the next day. My confidence rose as the times for my daily runs became faster and more intense. Most of the time, I felt smooth and efficient. I ran more. Walked less. I even looked forward to group runs because I could actually be a part of the group. It's a far cry from when the "group" part ended in the first five minutes. Why bother? But now, now I run into the darkness, wanting to be anonymous in the first miles so I could settle into my own pace. My own race. I had something to prove--to myself. No one else. I smiled.

Up the gravel road, alternating running and walking. A sharp right onto a single track trail doing the same. And then came the long and undulating grassy road. I felt strong and agile. I looked forward to running further up inclines than normal. My breathing guided me. By the third aid station at fourteen miles, my legs still responded and my watch encouraged me to race by the table and continue pursuing my dreams down the mountain. I smiled.

The miles flew by. Even the valley's nearly flat dirt road failed to discourage. I passed people. They did not pass me. This was odd indeed. The Whitetail Trail ushered me back into the forest, white streamers beckoning me along the narrow way. Then it was up a hill, around the corner, past another aid station filled with happy volunteers and onto another grassy route. Though I had anticipated a quiet solo run, my perfect running companion of the previous ten miles continued with me. Scott and I enjoyed pleasant conversation as well as moments of contented silence as our paces perfectly matched. We arrived at the last low-country refueling station and quickly left, anticipating our climb skyward. I was still smiling.

The weather could not have been more perfect. The skies were overcast, a gentle breeze tousling my hair. The mountainside creek rushed downward as we climbed the rocky trail still higher. We both counted 173 wooden steps above the cascading falls. My slight stumbles elicited an "ouch" from Scott as he saw my calves tighten in cramped response. I continued evaluating my condition, keeping the intake of electrolyte tabs and drink a constant. And then we arrived at the parkway; the gateway to the last downhill portion of this race. I grabbed a cookie, exchanged bottles from my awaiting son and ran--did not walk as in other years--across the parking lot, roadway, and down the trail. The smile went with me.

Down, down, down. We ran together knowing the end was near. A few stumbles, a slip in the mud, and a calf threatening to rebel did not prevent us from waving as we passed by the aid station folks at the top of the last 2.6 mile descent. I felt good. Though tired, I was not scathed. My feet were fine. No blisters. No painful grimaces. Just a relentless downhill flow with my trail buddy and now another friend, Jaime. Perhaps anticipating the sight of the five-foot squirrel mailbox denoting the road's last turn too much, the loose gravel beneath my feet betrayed me, sending me belly-sliding in the tire track much like a baseball player reaching for home plate. Both calves seized immediately, rendering me incapable of gaining my stand. "Pick me up! Pick me up," I blurted to my amused friends. Laughing, while investigating the less-than-expected damage to my hands and knees, I was pleasantly surprised that I could run on without further difficulty. As the finish line drew near, I smiled as we hooked arms to cross the line, a gallant gentleman on each side. I smiled because it was more than a race. It was more than a finish position. It was more than an elapsed time. It was the dawn of a new era, a better era.

With less than two weeks to go before "Pace Yourself: 366 Devotions From the Daily Grind" is released, here is an excerpt originally written for May 1. Enjoy!

I saw tragedy strike today right before my eyes. It was dreadful. I may have nightmares about it. With no deviation to the right or to the left, he walked straight toward the edge. He went purposely as if on a mission. He did not hesitate nor did he slow his steady pace. And then, it was over as quickly as it had begun. He disappeared into thin air and fell to his death.

So just what was that caterpillar thinking? With all his little legs in full gear he plummeted into the pool, flailing just a bit before taking his last little bug breath. As I peered over the edge to see his floating body, he wasn’t alone. There on the surface of the water were thousands of drowned caterpillars. It was morbidly hilarious. The caterpillar nation must not have an early warning system to warn of imminent danger.

Then I noticed that much of the ground was moving. The hairy creatures were so ubiquitous that one had crawled up to my thigh on the inside of my jeans. Not realizing what it was, I scratched the “itch,” smooching its guts all over my leg. Yuk. It died alone. But incredibly, one after the other, multitudes plunged to their deaths. Maybe caterpillars are blind. Nothing else makes sense.

Despite the high casualty rate today, I expect the death toll to rise overnight. You know what they say: “Never underestimate the power of stupid people [or caterpillars] in large groups.” The mob mentality will leave me no recourse but to scoop them out and throw their remains unceremoniously over the fence.

As funny as this may seem, I can act just as unwisely as those caterpillars when I a) ignore my surroundings and b) follow the crowd. I must be more vigilant about what I think and how I behave.

Only the dryer knows 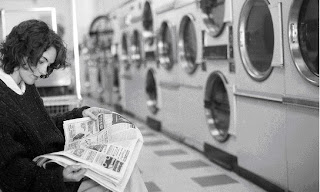 Dryers are funny appliances and seem to have a life all their own. Socks go in and at least one never comes out. They refuse to give up the forgotten coin, hiding it among the tumbled clothes just to drive you crazy. And, despite hundreds of drying sessions of the same clothes, the lint trap is always full; so full that it's a wonder there are any intact threads left. But most interesting, did you know a dryer talks? I've always suspected it but as of late,  its messages have become loud and clear.

"What does it say?" you may ask. A lot!  It speaks the loudest, almost screaming, when I open the door and empty the contents onto the kitchen counter. As I begin to sort and fold the still warm clothes, I hear the statements of fact.

"You sure had a lot of stinking running clothes. Whew! You sweat so much! Gross. Look at all those grimy socks. And the running bras are getting a little worn, wouldn't you say? And hey, set my temp a little lower. You're sure to ruin all those stretchy running skirts if you put me on high. How many times do I have to remind you?  You a moron, or what?" I smile at his candor and promise to do better. Then, I carefully fill my drawers with the freshly laundered clothes, knowing that the process will be repeated very soon.

It didn't always talk to me like that. Last year, the dryer didn't get as much of a workout because, well, I didn't get much of a workout either. The dryer and his sister, Wishy-Washy, didn't have to see much action to keep up. They sat quietly, their silent scorn mocking me only once a week."Wimp," they whispered. "Couch potatoe. Slug," they quipped. "Nothing in here but undies and a couple of jeans." And he was right. What goes in comes out (mostly). It is a telling sign.

You can always count on your dryer to tell the truth. Have any interesting conversations lately?
at April 13, 2010 5 comments: 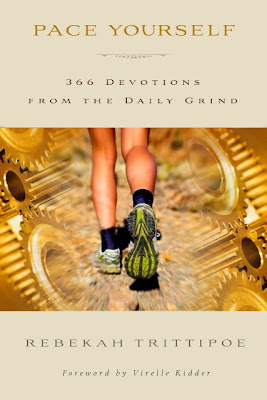 The time is flying until my new book hits the stands.  I have a big assignment to proof the proofreaders' and editors work and sign off on it...all before Monday evening.  But, with the cover (front and back) now complete along with the book's formatting, only a few weeks stand in front of a finished product. Stay tuned for ordering information in the next week or so.