There she was, dressed in her team warm-ups and seated in the middle of the well-appointed hotel lobby. But something was wrong. Terribly wrong. With the phone pressed to her ear, tears flowed in rivulets down her checks and onto her lap. She was not crying. No, she sobbed with heart-wrenching emotion. What was the matter?

About that time, the local FCA director joined me in the lobby. As the player continued to sob, we slipped around the corner to lessen the awkwardness. We briefly chatted with the team's coach as the members of his basketball team assembled together in a meeting room. The team had requested an FCA chapel service before taking on the local university in what would be a showdown of athletic powers. After a brief introduction, it took but a few seconds to make my way to the front of the small room, turning to face my equally small audience. But what was not small was their attention. 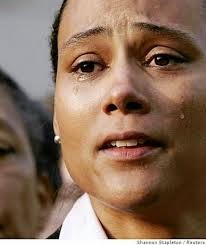 Every eye was glued to me, some of the athletes sitting forward in their chairs as if to capture every word escaping my lips. Was it because I was a powerful speaker, replete with flowing phrases and descriptive wording? I doubt it. Their attention was captured because we all shared something in common: two X chromosomes. Woman to woman, athlete to athlete. There was plenty of common ground. And when I spoke of burdens, God's purposes, His faithfulness to deliver, and His promise to provide strength, each young woman nodded in agreement. And the sobbing one? Shoulders, rigid from the earlier stress and emotional turmoil, relaxed. With the final "amen" of my prayer, her eyes seemed filled with hope rather than tears. They left the room as a team united, climbing aboard the awaiting bus that would deliver them to the arena. I left the room convinced of my calling.

These last few months have been interesting, to say the least. To leave the security of a steady paycheck, howbeit modest, for the uncertainty of a ministry position was a leap of faith. But more than ever, my passion for coaching, a life-time of athletic pursuits, and a desire to share the Gospel of Jesus Christ and encourage believers in their practical walk supersedes the automatic deposits into our bank account.

Now that the school year is complete, I turn my focus on finding those who will allow me to be their hands and feet on school campuses. I am seeking those who will fund this ministry that enables coaches, especially female ones, to be supported in their efforts to pour into the lives of their athletes. And as I spend several weeks this summer working in FCA sports camps, I do so as an extension of like-minded supporters.

As the only female FCA staffer in Central Virginia, the opportunities are limitless. In the fourteen years of local FCA ministry, only twice have female teams been specifically served; not because of lack of desire, but due to the lack of a woman to serve. But while the needs are great, I am willing, and God is able to do more than we dare to dream.

Will you come along and allow me to be a servant? Ministry requires funding as much as it does desire and passion. I am looking for faithful partners that will commit their support and allow me to begin full-time ministry by August 1, unfettered by the need for additional fund-raising. It is easy to set up automatic giving by going to this link or sending in a blank, voided check along with your request to Central & Southwest VA FCA ● PO Box 662 ● Forest, VA 24551.(While payment by credit card is welcomed, a bank draw is financially more prudent as no fees are taken against the payment amount.)

Thanks in advance for your love and practical support. If I can come speak to your group or organization, it would be my pleasure to bring a message of hope, motivation, and ministry.