I didn't want to miss a second of the action as I watched the saga unfold. Back and forth went the lead in this championship game. It seemed that the destiny of the world was riding on whether or not a round, orange ball dropped through an 18 inch diameter rim perched 120 inches off the hardwood floor.

Now rewind. I've competitively played a lot of different sports throughout my high school, college, and adult athletic careers, but basketball was never one of them. I think I could have been a decent player but alas, gymnastics was held the same season. I tumbled, leaped, and flew through the air rather than dribbling and passing around the court. Nevertheless, it is basketball that now holds importance and priority. What changed (besides about forty years)?

Or more importantly, what changed me? Why do I care so deeply for the game and this team who plays it?

The answer? The women of Liberty University's basketball team. For the last nine months I've met 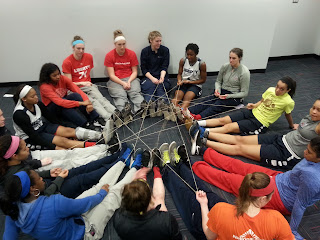 with them, laughed with them, cried with them, shared truth with them, and have grown to love each one of them. I've sat in the stands and watched them play as they won some, lost some. Together we shared our fear and dreams over coffee, I've listened as they poured life into one another, and encouraged those who found themselves sidelined with injury. I've become vested in them. So when I stared at the action during the deciding game of the Big South Championship last night, I felt a hook wrangle my heart and capture my soul. That was "my" team. Those were "my" girls. Together we would celebrate. Or perhaps, together we would mourn.

Periods of brilliance produced a substantial lead. Minutes of mark-missing shots cut the lead, then surrendered the lead. Balls heaved by the opponent from behind the three-point line swished the rim, producing palpable energy and fervored play. The buzzer for the fourth period sounded, score tied. Five more minutes of frantic action yielded the same result. But when the second overtime period drew to a close, the Lady Flames earned two points less than a worthy UNC Asheville team. The program's 17th Big South championship trophy alluded the Liberty women. There would be no championship rings, no celebrated victor's arrival back on campus. We lost. Ugh. I felt deep visceral pain as I read disappointment on their faces and in their tears, despite the admirable and intentional effort to be gracious in defeat.

Such responses come easily after such a battle. Second guessing. Remorse for missing an easy shot. Understanding an arm extended more rapidly or a quick lunge to the left could've forced the turnover and put more points on the board. But while these retrospective responses are typical, are they appropriate? Well, yes and no.

Let's be honest, failing to win the day is deeply disappointing (and sometimes embarrassing). A legacy of success that produces expectations of greatness is hard to reconcile when the scoreboard declares another the winner. So what to do? 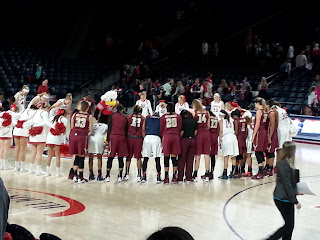 We dare mourn but for a moment. For while God desires us to learn from the past, He does not ask that we live there. How often did He say, "Remember when?" How many times were His people reminded of both past downfalls and victories for the purpose of rightful living in the present and a bright hope for tomorrow?

Yes, it's easier said than done. Mistakes were made. Shots bounced off the rim. The game was not played perfectly. The championship not won. But the game was not in vain.

A team's worth is not contingent on the outcome of a game. Be thankful for what went right, learn from what went wrong, and look forward to what lays ahead.

Ladies of LU Basketball, you are my champions.
at March 14, 2016 No comments:

Passion is not for weenies

OK, class. Use the word "passion" in a sentence. Take a second to think about it. If you watch American Idol or Shark Tank, contestants will make tearful claims of being so passionate that failure is not an option. Parents tell their children, "Follow your passion." Couples lock lips when filled with "passion," a hormone-driven physiologic sensation. But I bet you never equated passion with suffering. Neither did I until I saw a friend's Facebook post.


“Passion has little to do with euphoria and everything to do with patience. It is not about feeling good. It is about endurance. Like patience, passion comes from the same Latin root: pati. It does not mean to flow with exuberance. It means to suffer.” ― Mark Z. Danielewski 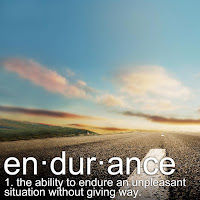 I don't know this Danielewski character. Therefore, I Googled him. He's an author of books I have never read. Looks to be fairly successful in terms of his marketability. But was his quote about passion correct? Did the Latin root really mean to suffer?

Yes. Indeed it does. I fact-checked. We typically think all we need to package passion are heightened emotions and a resoluteness that is steroid-strong. If that is the case, we believe we will automatically jump higher, run faster, write more clearly, and produce finer works of art. But I'm afraid it's not so simple.

It is principled that "faith without works is dead" (James 2:17, 20, and 26). Not that works produce faith, but that works are a natural outcome of faith. In the same pattern, passion without endurance is no more than an emotion precariously perched atop a flag pole in the middle of a hurricane. Without the commitment and the capability to endure through the storm, the passion is easily pried from the pole and scattered to the far reaches. When the wind subsides, nothing of significance is left. 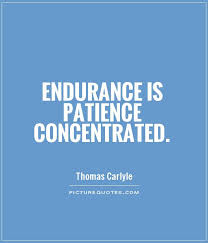 Logically, can passion exist without endurance? Is passion possible without a good dose of suffering? Perhaps today's loose definition of "passion" should realistically be re-branded as simple preference. For example, "I am passionate about running" falls short of truth if one won't venture out when the weather is foul. Maybe it should really be, "I will run if it's 76, sunny, and a light breeze is blowing." That is clearly preference; not passion.

Or, how about this? "I'm so passionate about singing, I'll do everything I can to 'make it.'" But this is hardly believable if time and energy is not put into gaining experience in front of audiences. No, if we are truly passionate about something--anything--we will buckle down and plow forward no matter how hard it is. 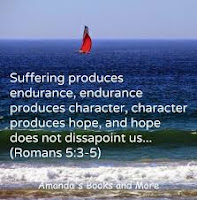 The persecuted first century church could not be squelched because they "Consider[ed] it pure joy, my brothers and sisters, whenever you face trials of many kinds, because you know that the testing of your faith produces perseverance. Let perseverance finish its work so that you may be mature and complete, not lacking anything." (James 1:2-5). They proved their passion by their willingness to persevere. As a result of the perseverance, they became mature.


Would the enslaved believers that Peter wrote of who where scattered throughout Asia and Greece been able to be passionate about their faith without endurance? "For it is commendable if someone bears up under the pain of unjust suffering because they are conscious of God. . . But if you suffer for doing good and you endure it, this is commendable before God. To this you were called, because Christ suffered for you, leaving you an example, that you should follow in his steps. “He committed no sin, and no deceit was found in his mouth.” When they hurled their insults at him, he did not retaliate; when he suffered, he made no threats. Instead, he entrusted himself to him who judges justly" (1 Peter 2: 19-22).

Perhaps it's time to think twice before we say we are passionate about something. When I hear "passion" from someone who easily gives up when the going gets rough, I don't believe them. They have no credibility. But when I hear stories of modern-day Christians who endure unimaginable torture and yet remain true to the faith, I can trust their "passion."

Bottom line? Passion is not for weenies.