By the time I finish most races, I've figured out at least the first paragraph of my post-race story. This was one of the few where the story twisted in a big way by the time I finished the 3.5 hour drive home. But let's start at the beginning.

With cut-offs harder to make and the felt-pressure to train oppressive, my first foray into timed racing occurred in May of this year. With no threat of being pulled from a race because I was too slow, my mantra became "Run a little, walk a lot." I was relatively happy doing that for about 22 hours and 50 minutes, stopping shy of 24 hours since I had miraculously clinched second place and would likely not have been able to complete another loop in the remaining time to add it to my total. So when my friends, Rick and Michelle Gray from TN, shortly thereafter invited me to run the last edition of the Buffalo Mountain Endurance Run, I signed up immediately. 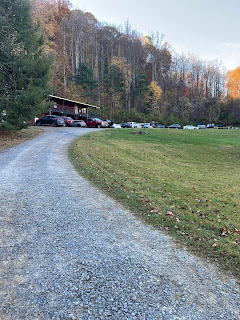 Knowing from experience that a lot of ground can still be covered by a pedestrian pace, my nominal training deceased even further. Long days at work, plenty of gardening chores, and a desire to be a "normal" grandma reduced my running to a mere 20ish miles some weeks to maybe 35ish miles for an exceptional week. Not exactly the kind of time-on-feet that leads to championship performances. Still, after 30 years of training under pressure, I wanted relief. A curiosity developed to see how much I could do on how little.

Waking up Saturday morning--race morning--I noticed a little nasal stuffiness, not a surprising find since my granddaughter has had a running case of the sniffles and a cough for some time now. But no worries. I headed out to the old Methodist camp where I would engage with the 1.25 mile loop over and over again. I watched as the 36 hour runners, having started an hour earlier, came and went, many walking every step. It had not occurred to me that most in the 36 hour race had no intention of actually being out there for 36 hours. Rather, they wanted enough time to accomplish a goal without being stressed out by napping for several hours or coming and going at will. Others, however, looked like they were on a mission, hunting down that elusive line between possible and impossible. 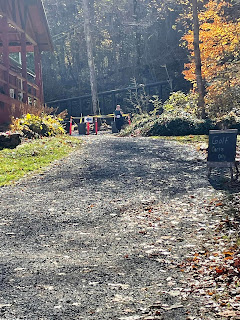 Those of us in the 24 hour race began our quest an hour after the long-haulers took their first steps. The course was a 400 yard downhill run on blacktop, a hilly gravel and grass loop around a small lake (complete with a trio of very vocal geese), another 100 yards of blacktop before a short section of gravel and 50 yards of "trail." Then it was more blacktop, a short gravel loop running through a pool bathhouse (with heated restrooms and running water!), finishing with a climb back to the start at the top of the hill and across the timing mats. Spigoted coolers sat outside the lodge for self-service fluid refills, while food lay spread out across a round table just inside the building. It was a convenient set-up.

It did not take very long to identify where I should walk and where I should run. It was a gorgeous day to be traveling along on foot and being a part of the inchworm of humans making steady forward progress. For a little while, I chatted with Sarah Lowell, a talented 60-yr old runner I had met years ago. Then there was Rob Apple, an ultrarunning legend with over 800 ultras to his name. On the short trail section I met Joyce Ong, a 72- year old woman shuffling along with her arm in a sling. She raced every weekend in October at timed events for 12 hours, 48 hours, 96 hours, and this race's 36 hours. Two weeks ago she fell and broke her clavicle in 2 places. "I'm just grateful to be out here," she offered. 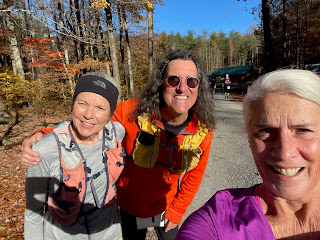 Though I witnessed most runners talking and laughing within their groups, I never stayed with another for any length of time. It's not because I didn't want to, although I did feel a certain pressure to run when she ran or walk when he walked. The relative solo nature of my race occurred because I stopped to refill  a bottle or sit for moment when my companion did not, or visa versa. I simply was not in sync with anyone for any length of time to enjoy hours on end of unbridled conversation. 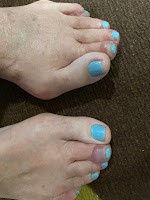 Throughout the hours, I reminded myself to be like Joyce, appreciating the ability to waddle on for long periods of time. When my mind went fuzzy on several occasions, I turned on my Super Sleuth mode to find a reason why: Was it a matter of calories? More caffeine needed? Do I just need five minutes in a chair and a chance to pierce toe blisters and reset my internal clock? When my groin protested on yet another downhill run, I analyzed my gait and found a more comfortable position. And when those walk/run spots identified early on in the race became nearly all walk and no run, I accepted it as par for the course-literally. Problems came but all were resolved, at least in part.

I tried hard not to think about the actual number of hours to which I had committed. 24 hours is a really long time. A lot of life transpires within that period of time as the earth spins on its axis. But why had it not occurred to me that had I signed up for 36 hours, it would have given me the margin to go longer and slower to claim a 100 mile buckle, of which I have so few? I could have even rested for several hours and still made the distance. But then again, I reasoned, the thought of going beyond 24 hours when I was at 18 was repulsive. Did I really NEED a cool belt buckle, the ultimate sign of ultra accomplishment? Good decision, right? RIGHT?!?! 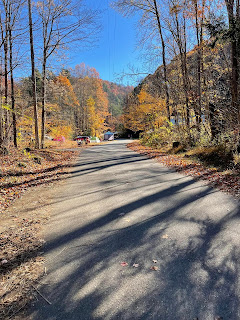 As time progressed, I noticed I was becoming increasingly more congested. I resorted to mostly mouth breathing, as my nostrils plugged up. My thoughts went to Addy, my sniffly granddaughter who I had carried off to school before leaving for the race. I probably picked up something from her. Nothing more than a common head cold. No big deal.

With a surprising absence of sleep-deprived hallucinations during the waning hours of nighttime, I made the decision to make 80 miles my race goal. Hence, when the clock hit 23:10, I decided I was done. Through. El Fin. Even the fact that Sarah, a woman in my age group, was still going and would beat me, did not deter me from sinking into a chair to snuggle into a blanket, hands and fingers ridiculously swollen, body now trembling. Yes, I felt a twinge of guilt at losing my competitive drive, knowing we were at the same spot on the same lap when I stopped. (She ended up running 2 more laps to gain the women's 24-hour win at 82.5 miles. I came in second woman and fourth overall at 80 miles.) Still, I guess choosing to "race" in those last 50 minutes was not something I wanted to do bad enough. For that, I admit to pangs of whimpiness.

I was back at Rick and Michelle's house by 0800, the end of the 24-hr race. My friends and I chatted before they left for church and I started scrubbing away at the slime and sweat. But not even the steam in the shower could open up my clogged head. My head ached as I slipped between the sheets and attempted to sleep. But sleep is hard when one cannot breath.

After a few hours of restlessness, I headed the car back toward home. Feeling increasingly more listless, I made a stop at a Taco Bell, taking a 10-minute nap there. Then it was a stop at Walmart to purchase a boatload of daytime and nighttime antihistamines and decongestants, my credentials checked by a cashier to make sure I was old enough for the purchase. (That was amusing.) Additional stops occurred to get rid of race-accumulated fluids and slough off the deep-down lethargy overtaking my being. It was a relief to pull into the driveway in one piece. 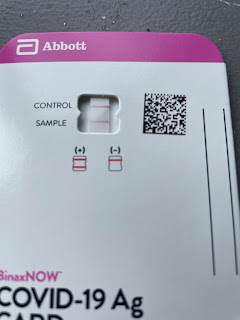 I spent Sunday night on the couch to avoid transferring whatever crud I was dealing with to Gary. I had no energy the next morning, which is really not that unexpected given 80 miles on the body. But this was different. I asked my boss if I could work remotely for the day. She agreed, but those meetings were painful, my mind cloudy and muddled. With a Thursday flight to Arkansas for a speaking engagement, Gary suggested I put to use a Covid testing kit to good use "just in case."

Two little pink lines immediately showed up on the test strip. Shoot! After nearly three years of avoiding the C infection, that virus was giving me a run for the money. But where did I get it? Did Addy give it to me? Nope. She tested negative. Did I get it at work? Possibly. At least one co-worker was confirmed to have it at the time of this writing. But does it matter? Not really. My flight has been canceled. My key-note will be delivered virtually.

I had no idea my race would end with a pink finish line. But it did. 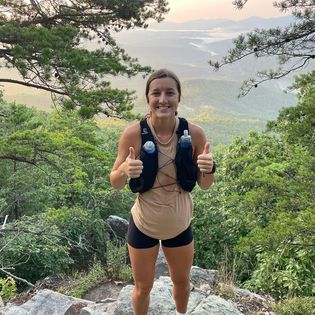